His recordings includes four hours of piano solo and chamber music for The Proust Project for «les Editions Honoré Champion», and with the Soloist of Rouen Opera for the label Skarbo, (Normandie Impressionnisme).

Moreover, he holds a second diploma from the French Ministry of Culture qualifying him to direct French state-run conservatories.

He studied orchestral conducting with Jean Lapierre and Paul Jamin, and holds a Master of Music and Musicology from La Sorbonne Unversity (Paris IV).

In 2009, he formed a piano duo with Ursula von Lerber.
They have performed in New York, Weill Recital Hall at Carnegie Hall, in France, notably at the György Cziffra Foundation at Senlis, at the auditorium of the “Musée d’Orsay” in Paris, at the Rouen Opera hall, in South Korea as well as in Finland.  In 2010 the french film maker Frank Saint-Cast filmed them performing the Rite of Spring for the french television. They have also collaborated with mime artist Guerassim Dichliev, a former assistant of Marcel Marceau, on different artistic projects.

Duo von Lerber- Erbslöh has recorded a Stravinsky-CD (The Rite of Spring, Dumbarton Oaks, Tango..) for the Stravinsky-Foundation (Geneva) at the Studio Ansermet (RTS, Geneva, Switzerland) in 2012.

This recording was well received and presented by the « Classica » review in France,  « Rondo-Classic » review in Finland as well as by the Finnish National Radio (YLE1, new recordings) and Belgian National Musiq3 Radio station. 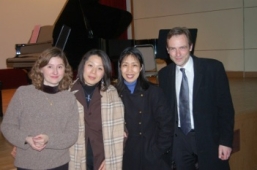 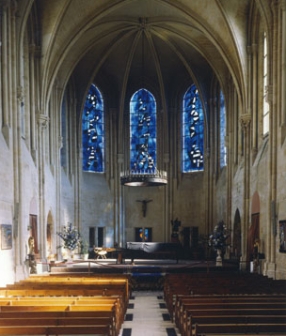 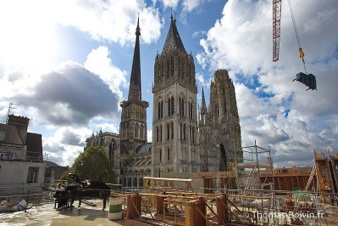 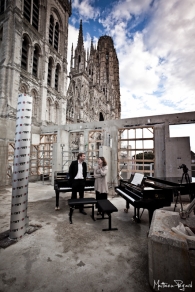